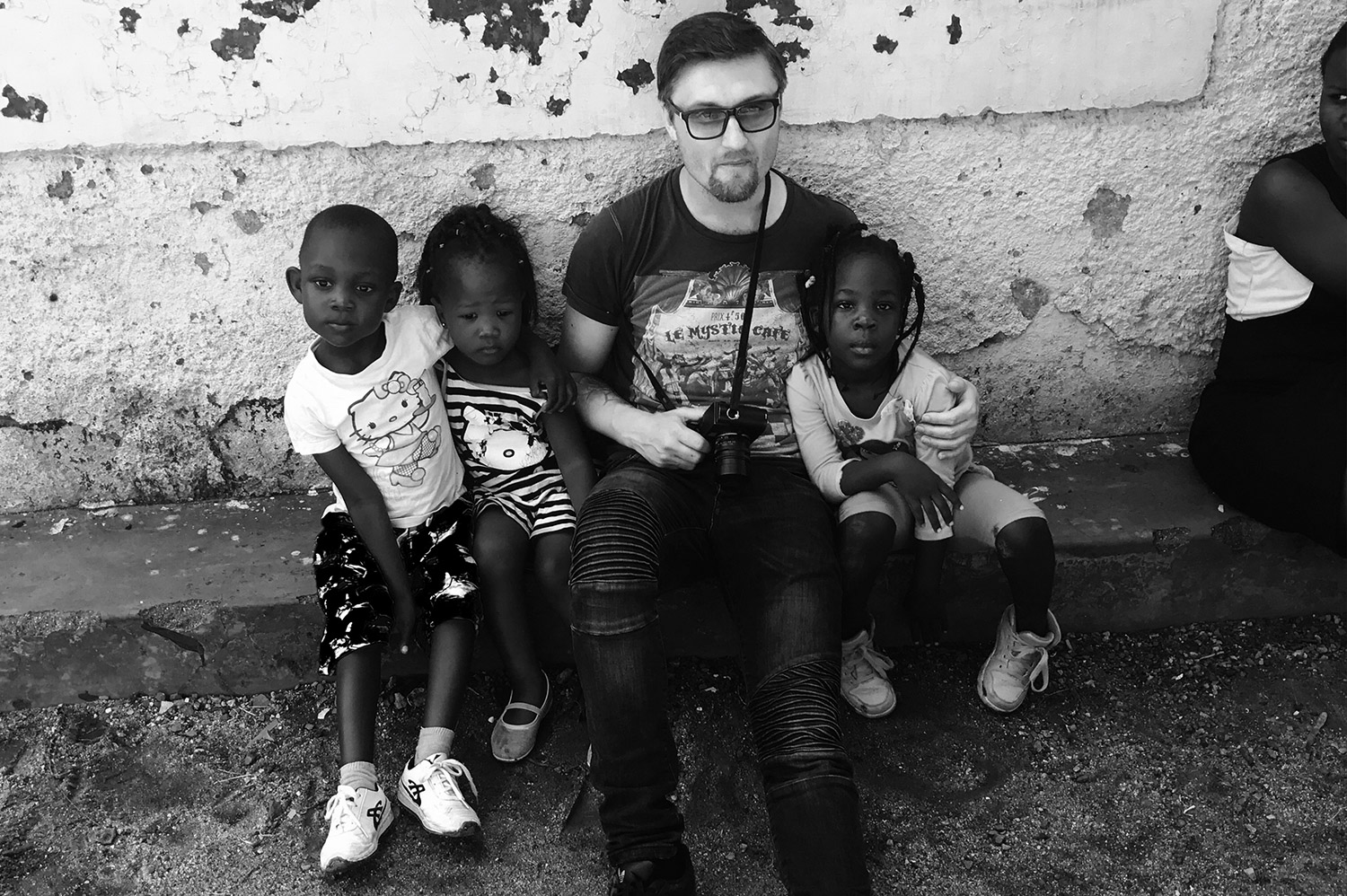 Over the years, through all the countless photo productions with great artists, actresses, singers and musicians from Hong Kong, Paris to New York and Los Angeles, the world has given so much good to Alexander. He was able to experience intense moments and get to known great personalities. The discovery of himself and his passion for real photography took him on exciting paths to magical places, allowing him to enjoy great and unique experiences.

With a tremendous amount of gratitude for his life so far, the idea gradually grewed in Alexander to give something back to the world, to return the favor – to make a contribution – to be sustainable and meaningful. But how, where and especially with whom? Therefore, he had written to ten german and austrian aid organizations and offered his support … even much more, a vision of a pioneering project of social responsibility within (reportage) photography. After numerous discussions, reflections and comparing the tough facts, the election for the first project then fell on the Aktionsgruppe Kinder in Not e.V. from Windhagen, Germany with their projects at the Philippines. Cemetery children, dumpsite children, forced prostitution of children were the words that made Alexander freeze and moved him to start here.

They told me it’s a different world but I answered, no, it’s the same world!
Alexander von Wiedenbeck, Philippines 2015

In 2015, Alexander traveled to the Philippines together with the aid organization to visit the cemetery and dumpsite children, to portray them and to photograph a reportage about their lives. Subsequently, a touring exhibition was created from the same route, in which the full profits from the sale of the exhibits and the exhibition catalog are donated to those projects in the Philippines where the photographs actually arose. It was important to Alexander that those children who were so willing to be photographed by him actually benefit from it.

To date, numerous aid projects have been realized from these proceeds, such as the construction of several wells for the water supply, as well as the construction of a small school & health center in which over 100 children are taught. In the year 2018/2019 a nursery school in Dumlog could be saved with the funds. The funding of the school with nearly 200 children was in danger and Alexander had decided without further ado to become active here. In addition to all the big projects, individual fates are also repeatedly promoted in order to show people here in Europe how little financial effort can make a difference. In total the sales of the fine art prints and the exhibition catalog have already generated more than 50,000 euros in pure donations. In addition, as a result of further individual donations, which were inspired and motivated by HOPE – by Alexander von Wiedenbeck, another 100,000 euros could flow into the aid projects at the Philippines.

Also in 2015, immediately after the trip to the Philippines, his path led him to another transnational project of the international aid organization CARE, which focuses on strengthening women’s rights in Nepal, Uganda and Kenya. In the topic of women’s rights, he saw a great connection to his original genre, fashion and portrait photography, in which, even in the Western world, the respect and rights of female actors remain controversial. It therefore only seemed consistent to him with his own worldview to get involved here.

The photographs, which were created there, found their way into publications on the topic of women’s rights and are shown at numerous charity exhibitions of the aid organization. Since 2016, the photographs from these projects have also found their way into the European edition of the annual CARE calendar, the proceeds of which will flow back into the respective aid projects.

By the meanwhile years of engagement with his reportages for aid organizations, he gained important insights about his own world view, as well as about humanity as a whole and himself as a single individual. The focus of Alexanders work & his passion for photography has since been more intensively limited to the essentials, what matters, what drives us all (him) – humans, freedom, hope, love & happiness!