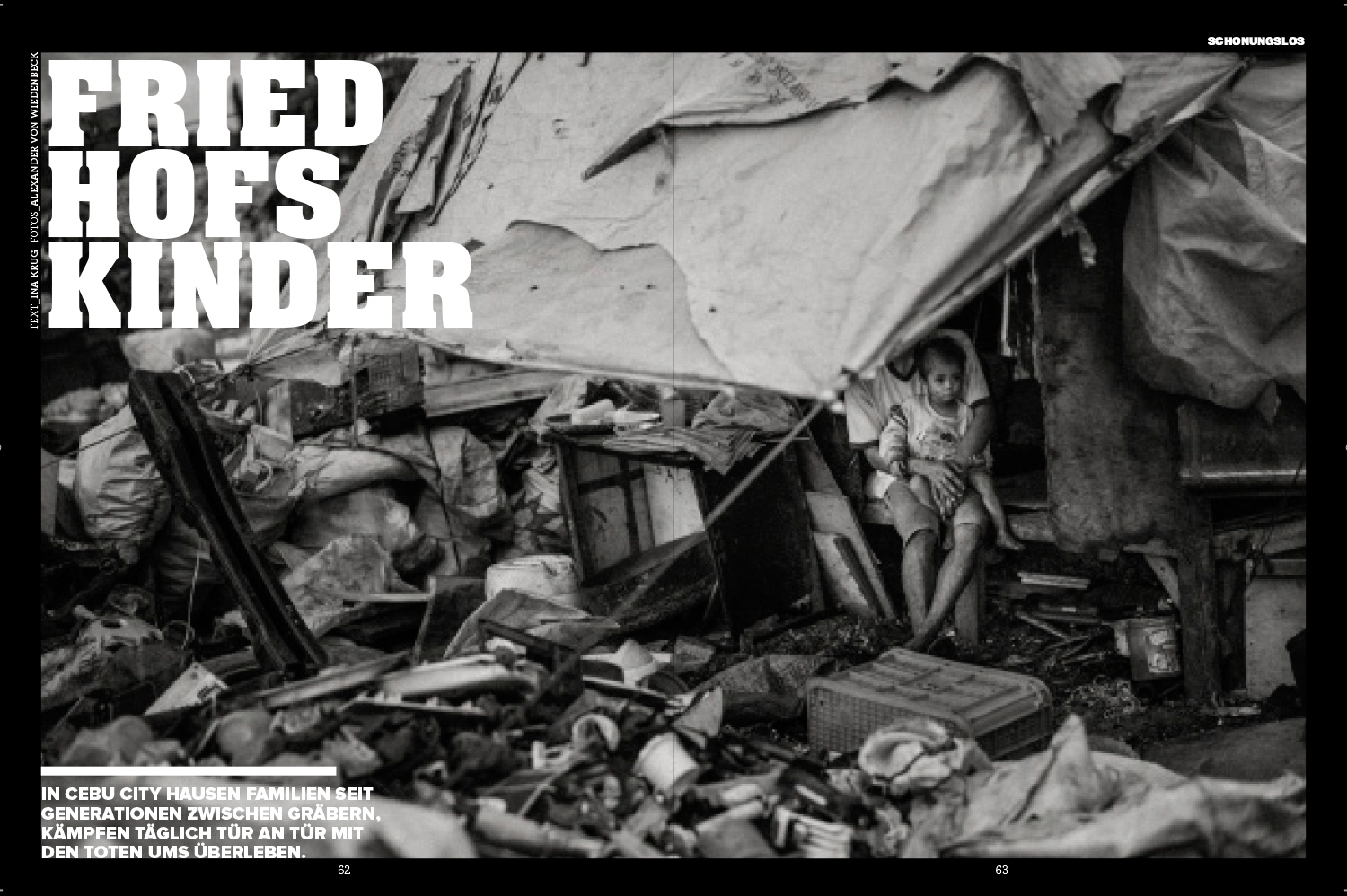 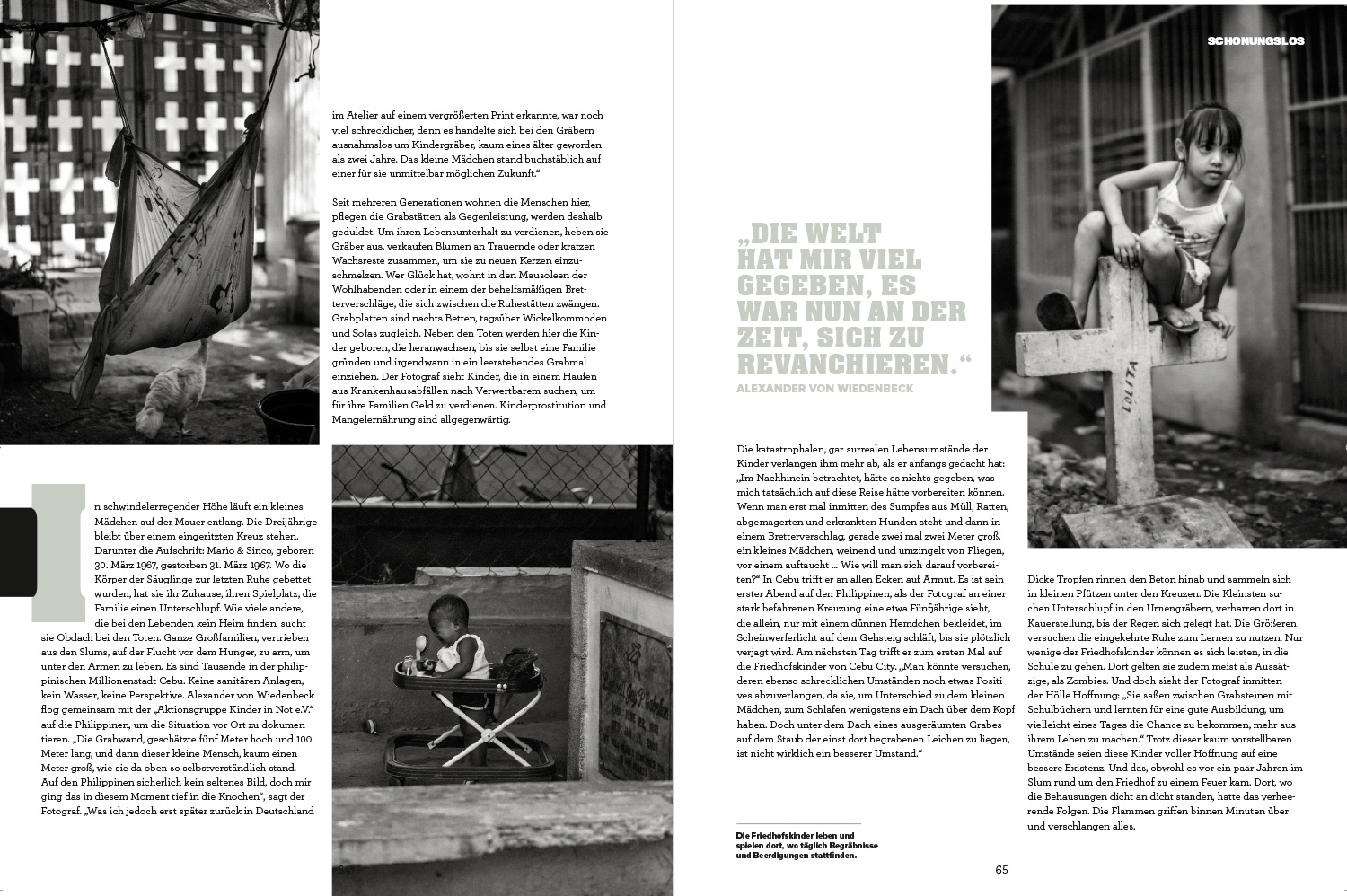 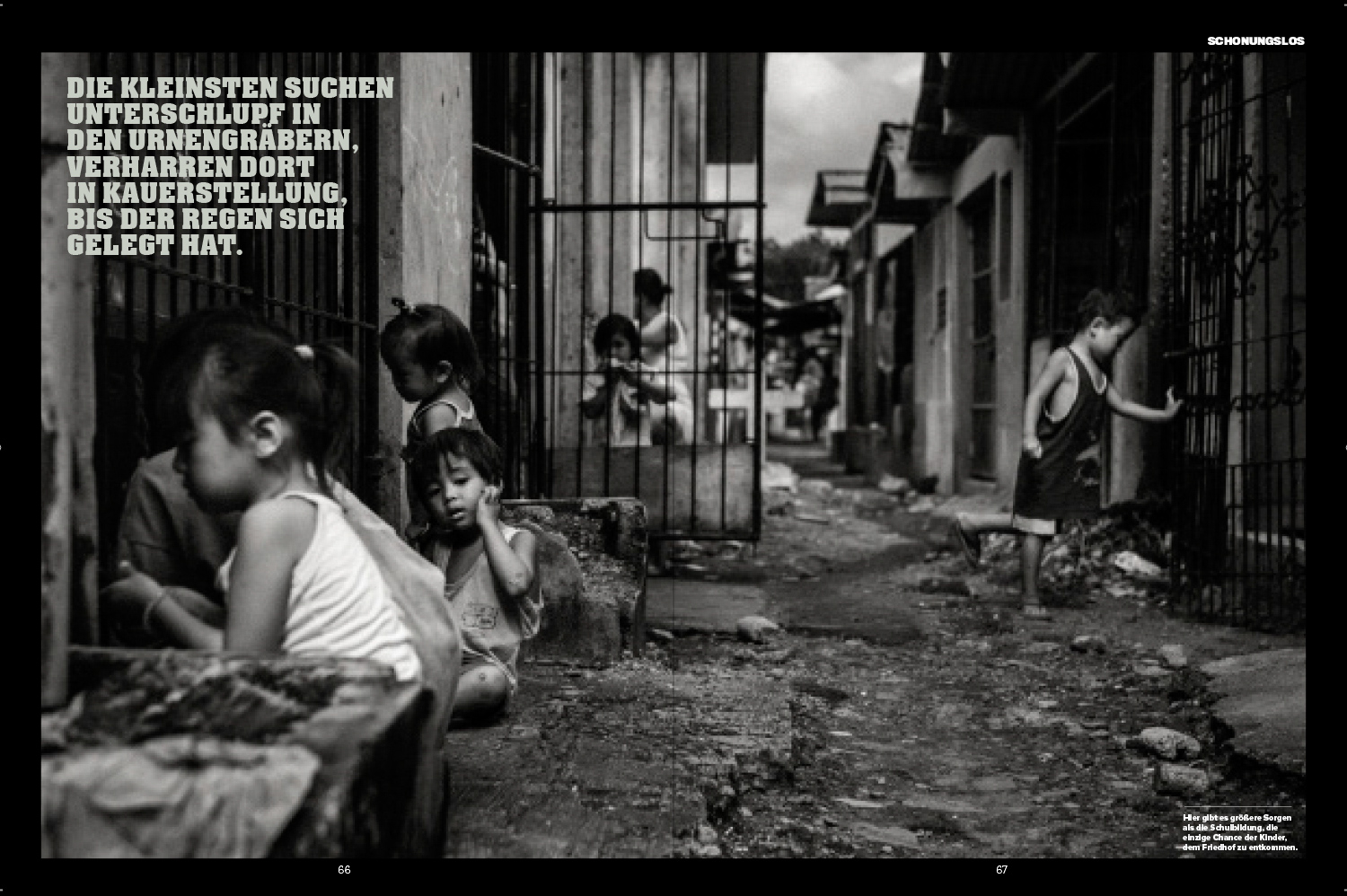 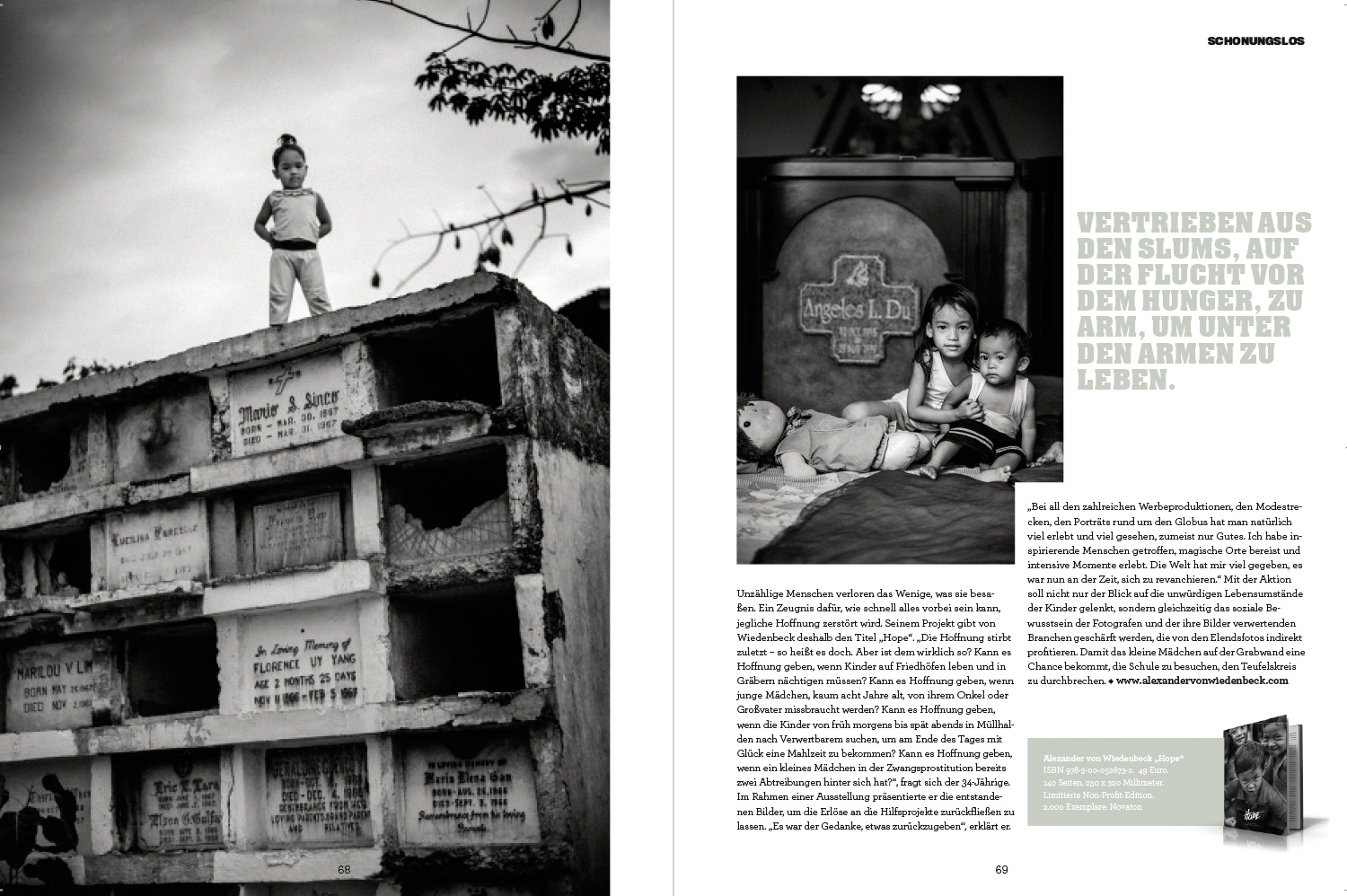 In Cebu City, families have been living among graves for generations, struggling daily with the dead to survive. The lifestyle magazine MATADOR has written a comprehensive report about HOPE – by Alexander von Wiedenbeck for his print edition 04/18.

Preview of the article in the Matador Magazine (in part):
At dizzying heights, a little girl walks along the wall. The three-year-old stands over a scratched cross. Underneath the inscription: Mario & Sinco, born March 30, 1967, died March 31, 1967. Where the bodies of infants have been laid to rest, she has a shelter for her home, her playground, and her family. Like many others who find no home among the living, they seek refuge with the dead. Whole extended families, expelled from the slums, fleeing hunger, too poor to live among the poor. There are thousands in the Philippine megacity Cebu. No sanitation, no water, no perspective. Alexander von Wiedenbeck and the “Action Group Children in Need e.V.” flew to the Philippines to document the situation on the ground. “The grave wall, estimated five meters high and 100 meters long, and then this little man, barely a meter tall, as she stood so naturally up there. In the Philippines certainly not a rare picture, but I was deep in the bones right now, “says the photographer …

The complete article only in the print edition 04/18 from Matador Magazine.